Tuesday 13th September 2016 - Virgin Media has been announced as the exclusive sponsor of TV3’s new Irish version of Gogglebox which will hit screens nationwide in September.

“As our first foray into programme sponsorships, TV3’s Gogglebox is a great match for Virgin Media because it’s fun, full of surprises and highly entertaining, so it’s a perfect fit for us,” said Niamh O'Driscoll, Senior Brand and Communications Manager of Virgin Media.

“We’ll be using our connection with the show to highlight our own great TV offering including features like 7-day replay TV, programme start-over, record 4 channels and watch a 5th, box-sets and top class on-demand streaming with Ireland's fastest broadband network.” *

The sponsorship will include creative advertising around each commercial break and a social media campaign. Virgin Media customers will also have access to exclusive clips and apps on the move so they’ll be able to follow all the goings-on in Gogglebox from every angle.

Gogglebox Ireland is being hosted by Deirdre O’Kane and Rory Cowan who are narrating the series.

Tania Alexander said: “TV3’s Gogglebox is being produced as a distinctly Irish programme with personalities who reflect a unique and diverse nation. I’m delighted to see Virgin Media get behind the show which will definitely fascinate Irish viewers.”

Niamh O’Driscoll of Virgin Media said: “We’re committed to supporting and commissioning Irish made content through our TV delivery channels and this includes working with Irish production companies where we have a number of developments ongoing. We’re also using technology to widen the availability of the content we are carrying and ensuring that our customers get the best-connected home experience in the marketplace. This includes a strong range of distinctive entertainment channels through TV that offers something for everyone and of course, the Irish terrestrial channels.” 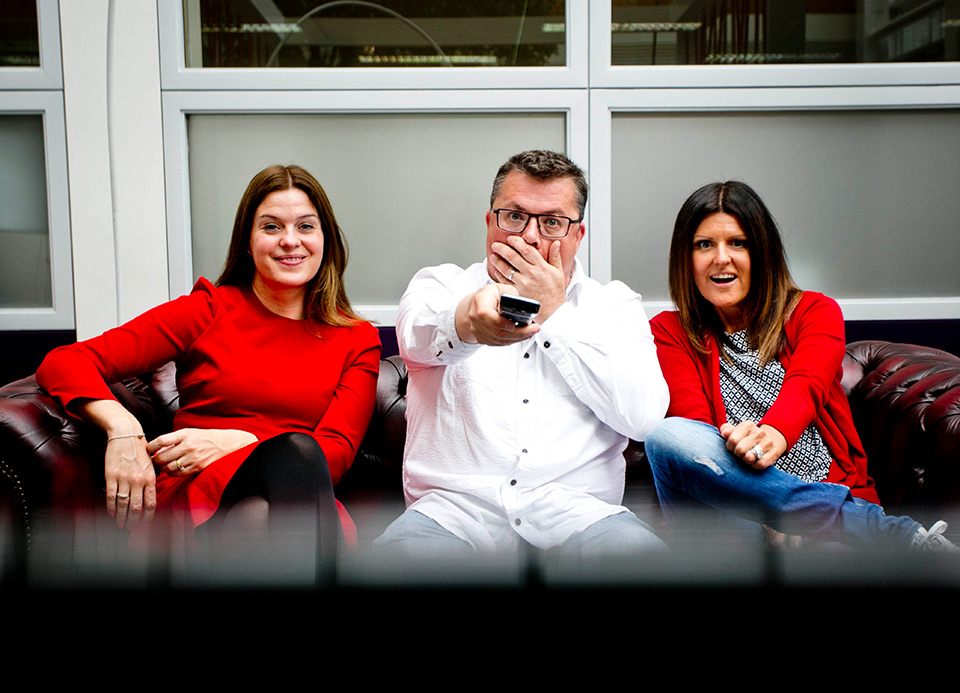 PICTURE - Virgin Media has been announced as the exclusive sponsor of TV3’s new Irish version of Gogglebox which will hit screens nationwide in September – pictured are Gogglebox creator and Executive Producer Tania Alexander (right) with Niamh O'Driscoll, Senior Brand and Communications Manager, Virgin Media (left) and Darren Smith, Executive Producer of Gogglebox Ireland and Managing Director of Kite Entertainment who are producing the series for TV3.