What can impact your Mobile coverage and availability?

Here you will find all you need to know about your mobile services and how they work, including factors that might affect your experience. 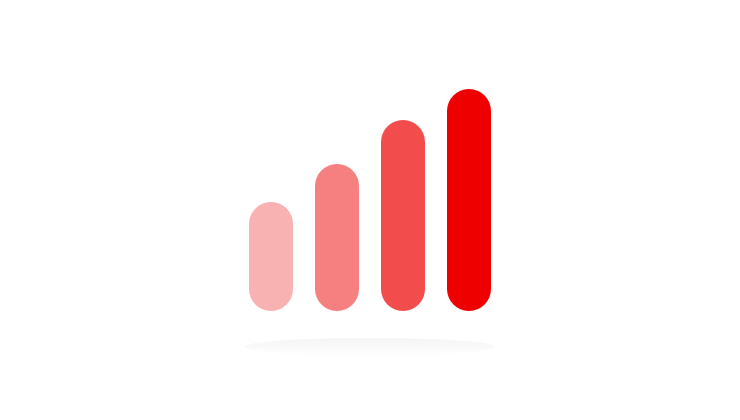 A mobile telephone service usually includes three types of communication service: messaging, voice and data. These services are supported on a cellular network run by a mobile operator covering most of a country. The network works by letting users connect throughout the network. There are many different devices a customer can use to access service, including mobile phones, data dongles and routers.

4G networks appeared around 2010, and support faster data speeds than 2G and 3G. A 4G network does not support traditional voice calls like 2G and 3G, but can support an Internet Protocol (IP) voice service called Voice over LTE (VoLTE).

With Virgin Mobile you’ll be using 3G or 4G (and sometimes 2G) depending on the service you’re using. This depends on the mobile coverage area you are in together with some of the factors outlined below.

Things that could affect your service

A mobile network is made up of masts throughout the country. These are tall structures with antennas that broadcast and receive mobile signals. They need to be in locations that are not obscured by buildings, mountains or forests. The further a customer is away from a mast, the lower the data service connection will be. This can mean lower speeds and inconsistent service.

Service can also be affected in hilly or mountainous areas. A mobile phone signal can get worse as it progresses across hills or mountains, or if the user is in the shadow of a hill with the mast on the far side. This means you may need to move around to improve performance.

Building insulation can affect your services and speeds when using your mobile inside. This applies to both commercial and domestic buildings. There may be indoor areas where you don’t have access to all services or where coverage is limited. You might need to change your location within the building, or go outdoors to improve performance.

High usage in your area might cause data speeds to get worse, or make it impossible to send a text or make calls. This could be during morning and evening rush hours, or at events or gigs where thousands of people are nearby. Calls to emergency services are not affected by this.

Virgin Mobile offers services across 2G, 3G and 4G, but not all devices support all standards. For example, if your mobile phone does not support 4G, you will not be able to achieve 4G speeds. Also, the performance of your service may be affected by having pending software updates on your smartphone or if the storage on the device is full.

Different applications need different speeds from a network to work properly. Sending or receiving emails can be done with lower speeds but uploading or downloading video needs more. The less speed an application needs, the less likely it is to be interrupted by network congestion or poor coverage.

Your call quality can vary because of the factors above. Sometimes, a call may drop due to moving to, or being somewhere with poor coverage, for example the basement of a building or a remote forest. Dropped calls can also be caused by issues on the other end of a call.

See the Commission for Communications Regulation (www.comreg.ie) for more on mobile services. You can also find information on mobile repeaters here on their website.